This month’s team spotlight is on MATT DICKEN – Employee Spotlight: FEBRUARY 2018, engineer with Kramer Engineers (KE) since 2016.  Matt graduated from The Ohio State University with a degree in Civil Engineering.  He cut his engineering chops with the US Department of the Interior, Geological Survey Water Science Division.  There, he helped to collect and disseminate data on the health of our ecosystems and environment, and provide information on the natural hazards that potentially threaten us. 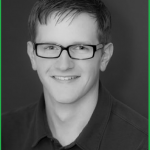 During his tenure at KE however, Matt has shown that his talents are not limited to civil projects. His skill crosses the Civil | MEP divide.  Matt Dicken can not only engineer the infrastructure of a building, but can map out the comprehensive building systems that serve as the heart and soul of a structures’ mechanical, electrical and plumbing networks.

So, what does a man who spends his days in the “left brained” world do for fun? Why, historical fencing of course. Matt brandishes his longsword and joins his fellow long point enthusiasts in this long-revered sport; using skill and technique to hone his craft outside the engineering realm.   In March, you’ll be able to witness his swordsmanship at the Arnold Fencing Classic 2018.