Labor Day pays tribute to the American worker; a federal holiday that dates back to 1894.  So our September Spotlight is on an employee who also dates back to the early years of the firm; and is one of the cornerstones of today’s Kramer Engineers. 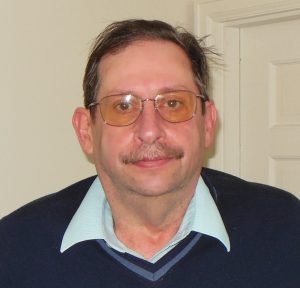 Although he began his career as a Mechanical Engineering intern back in the late 80’s while attending OSU; today John Miller is head of the KEs’ Civil Division. And he has seen the industry transform over that time.   AutoCAD was introduced as a desktop app back in December of 1982, but John’s first foray into engineering design was “by hand”.  He used pens, rulers and protractors.  This was also during a time when drawings had to be delivered by courier if a client needed them the same day.

Today, John is at engineering’s technology forefront.  He also provides rare mastery in both Mechanical and Civil engineering disciplines.  He modestly attributes this to “being pretty good at math” and “3-D thinking”.  Engineering an efficient HVAC system requires the ability to envision the whole of a design.  Taking into account how the runs will affect the structure and vice versa; anticipating the “tricky” areas or spatial constraints and addressing them, so as not to detract from a system’s intended efficiency.

The same can be said for site civil engineering.  If you’re relaying on simply reading topographical contour lines without actually envisioning how some of the subterranean structures may might be getting in the way, you can potentially make some costly errors. John can foresee pitfalls of a project and address them before embarking on the design.